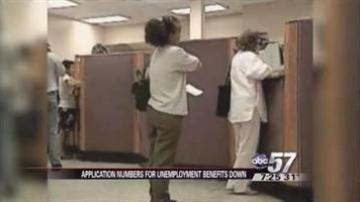 UNITED STATES – There is some more positive news on the jobs front.

The number of Americans applying for unemployment is on the decline. Last week, 381,000 claims were filed for the first time, that's the lowest in nine months.

That's according to a new report released today by the United States Department of Labor. Economists say anything below 400,000 is a sign the U.S. job market is improving.