Republicans say Levco is an unfair choice as Special Prosecutor 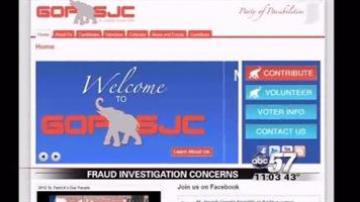 SOUTH BEND, Ind. -- With Dvorak stepping aside in the petition fraud case, the court has appointed Special Prosecutor, Stanley Levco.  But not everyone is happy about it, especially the Republican party.

St. Joseph County Republican Executive Director Jake Teshka says it was only a matter of time, before charges were filed against Butch Morgan, Pamela Brunette, Beverly Shelton, and Dustin Blythe.

He said he is glad Democratic Prosecutor Dvorak stepped aside, but says he should have done it earlier.  And he says his replacement, Former Vandergurgh Prosecutor Stanley Levco isn't any better.

"He has close ties to the Democratic Party," said Jake Teshka.

Teshka said his concerns don't stop there.  He wants to know why the court chose a prosecutor all the way in Vanderburgh County.

"Typically a special prosecutor is chosen from a surrounding county to help save taxpayer dollars," said Teshka.

He says underhanded practices in politics have become to common in the last decade.

"A cutivation of a culture of corruption as we like to say," said Teshka.

He said the Republicans have an idea on how to keep that corruption from seeping into the trial.

"Possibly doing a co-special prosecutor where we have one democrat and one Republican to prosecute the case in a non partisan non bias way," said Teshka.

The four accused in the fraud petition case are set to be in court April 8th. Levco is expected to be at the proceedings.