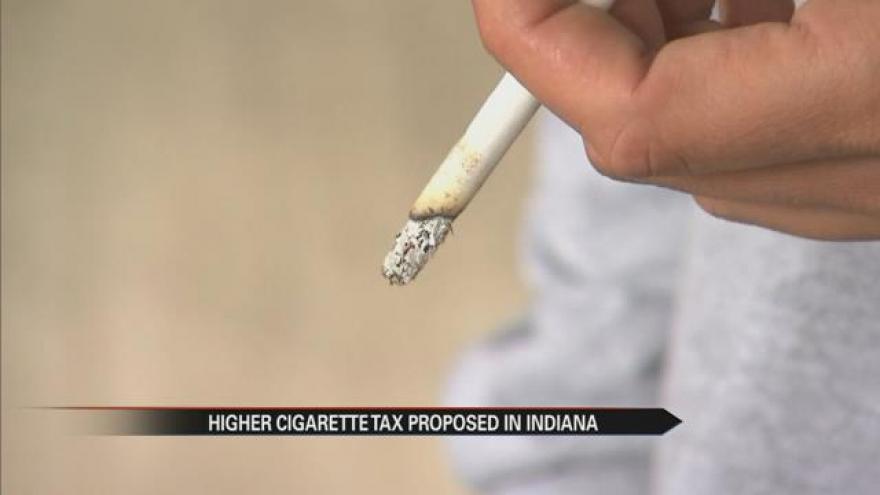 Anti-smoking advocates are trying to convince Hoosiers to stop lighting up. They're proposing a tax hike on cigarettes for the state of Indiana.

The Alliance for Healthier Indiana has been trying to lower Indiana’s smoking rate because it’s the 44th highest in the nation.

The alliance, which is made up of state health and business leaders, created a proposal:

Many are skeptical that the proposal will really help Hoosiers cut down.

New research from Indiana University’s School of Public Health shows that it just might.

The study included information from other states that increased their cigarette tax. When it was raised, sales declined. Illinois raised tax by $1 in 2012 and sales dropped 31.2%.

Vice-President elect Mike Pence denied a tax in the past when he was Governor. Now that Governor-elect Eric Holcomb will take office, the legislative session that begins this month could get lawmakers to pass the proposal.