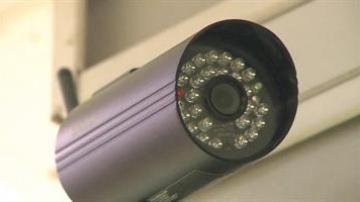 NILES, Mich. -- A neighborhood in Niles is relying on technology to catch the suspects who have been breaking into garages and cars late at night. Some residents have installed surveillance cameras because it is the only way they feel safe.

She has surveillance video of a suspect walking up their driveway and looking into cars. Miller says she has had cash, a radar detector and other items stolen from her and her boyfriend's cars.

She and her neighbors are calling on Niles Police to increase patrols. They also want more street lights in their neighborhood.

"Can we step up the security? Can we get better lighting?" said Miller.

Miller says at the end of the day, investing money in a security system is worth it.

If the man in the surveillance video looks familiar to you, you're asked to called Niles Police.