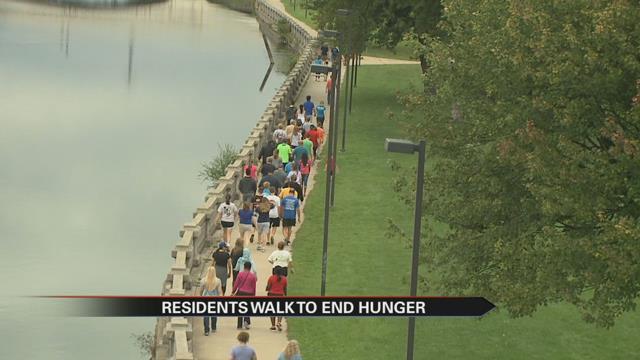 September is National Hunger Action Month and folks all over Michiana are doing what they can to help out those in need.

Sunday, several faith-based groups throughout St. Joseph County held the 33rd Annual Crop Hunger Walk to raise awareness and money for the cause.

Hundreds of supporters who walked this event contributed to a solution to end hunger one step at a time.

“Makes you feel good anytime you can help anybody,” said resident Lovanna Rockstroh.

Dick and Lovanna joined hundreds of walkers as they made their way around South Bend.

The couple has participated in the Crop Hunger Walk for about 15 years.

It’s a campaign that’s been effective in this county for even longer.

“The St. Joseph County Crop Hunger Walk over the years has raised well over a million dollars, going on for more than 30 years,” said organizer Rev. Russell Pierce.

Over a million in funds has been raised through events like the walk to curb a growing problem in Northern Indiana.

“18.4 percent of our population would be described as food insecure,” said Pierce.

That's a saddening statistic volunteers didn’t want to walk over.

Their contributions are going directly to pantries and shelters.