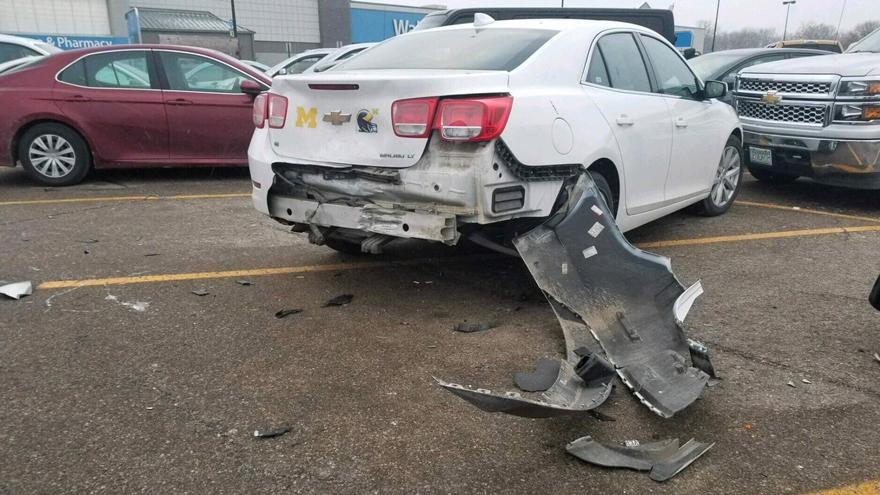 BERRIEN COUNTY, Mich. -- A woman accused of retail fraud at Walmart in Niles led the Berrien County Sheriff's Office on a brief chase, then crashed into another vehicle Thursday afternoon, according to reports.

Deputies were called to the Walmart on S. 11th Street around 5 p.m. Thursday for reports of a retail fraud in progress.

When officers arrived on scene, they saw 17-year-old Da Sha Thompson running in the parking lot away from loss prevention officers, reports said.

Thompson got into her vehicle, collided with two parked vehicles in the Walmart parking lot, then drove south on S. 11th Street, police said.

Deputies followed Thompson as she drove southbound at a high rate of speed.

When Thompson attempted to turn at Ontario Road, she collided with a vehicle stopped at the traffic light, police said.

Thompson surrendered to the officer.