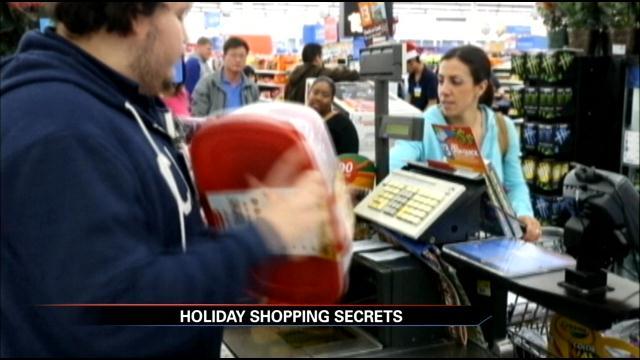 Men are actually the worst offenders and are three times more likely than women to spend unplanned money on shopping trips.

“We have seen retailers make small changes to their layout, like making it easier to get to the back of the store. This can drive 5, 10, 30 percent increases in comparable sales,” says retail expert Alexei Agratchev.

Apps like Red Laser and Detail-Me-Not are designed to help shoppers to avoid being sucked into so-called deals this holiday season.