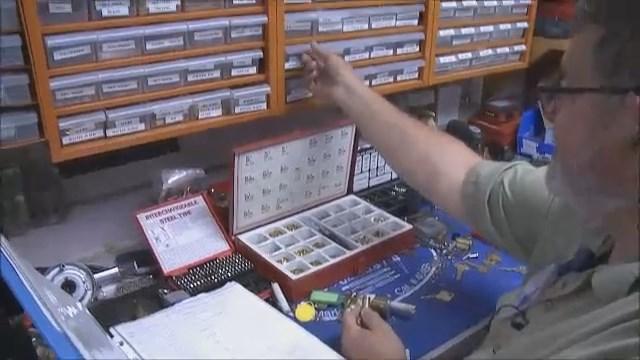 One Elkhart man has spent decades fixing locks for hospital employees, but today, he was surprised with a special key as a gift for his retirement.

When you think of hospitals, you think of nurses and doctors, but Bob Clark has been repairing locks and making keys at Elkhart General Hospital for over 35 years.

“When I first started working here the building was smaller and it’s got a lot of things happening all at once and everybody – when they want something they want it done all at one time. They want it done like as of yesterday. I’ve never had a day that I’ve come into work that I haven’t enjoyed,” said Bob Clark, the locksmith at Elkhart General Hospital.

Thursday was his last day before he retires.

“If you get to a point where you’re taking lots of time off and you’re not pulling your weight, there comes a time when you have to call it… just… call it,” said Clark.

But before he goes, coworkers, friends, and Elkhart Mayor Tim Neese had a special surprise for Bob.

“It is my honor to present to you the key to the city,” said Neese.

“I didn’t expect this, I really didn’t. I never expected this I didn’t think my job was all that important because I just do it all the time,” said Clark.

Bob says he plans to spend his retirement catching up with his family living in other states.