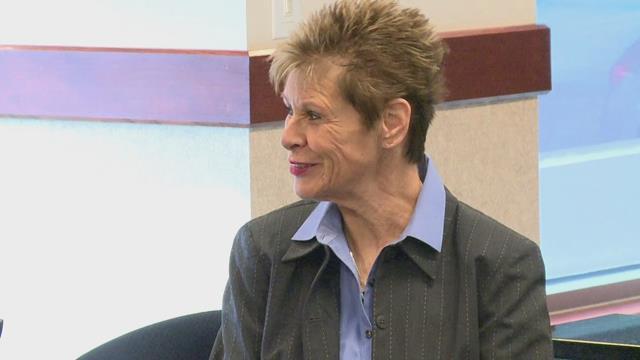 South Bend Schools Superintendent Dr. Carole Schmidt is opening up on why she has decided to retire and the public education challenges the district faces for the road ahead.

She says she'll leave the school corporation better than she found it. But admits the new leader won't have an easy job on their hands.

Before Schmidt leaves her role as superintendent, she says she still has work to do for the city’s children.

"We want to continue to work on the quality of instruction in our classrooms," said Schmidt.

Recent controversies brought the school corporation into the limelight.

Like a field trip that ABC 57 first reported on back in April. Originally it was only for students of color.

Then in August there was a proposal to drop the GPA requirements for student athletes.

Then there were issues inside the classrooms, too. Like teacher shortages and declining enrollment numbers in South Bend Schools.

According to school corporation records, over Schmidt’s 4 years the district has lost nearly 2,000 students since 2011. The biggest decline has been seen in kindergarten through 4th grade, with more than 800 less students now than when Schmidt took over.

When asked about this drop, she pointed to charter schools and voucher programs as the culprit as opposed to other school systems providing better options.

"When you've got two new charter schools opening in a community those are incentives for people not to go to public education," said Schmidt.

Despite some struggles, Schmidt believes her legacy will be a positive one because of cornerstone curriculum like those for early childhood and vocational programs.

"I think over time that will have long term impact," said Schmidt.

Demanding hours and family pressure have turned the page for the 40-year educator. But what she leaves behind is what she will miss the most. Working with kids and making an impact on their lives.

"If you've made a difference in a child's life that's positive, that's lead to something that caused them to do something that was different than a decision that might have not been a good decision for them, I think that matters."