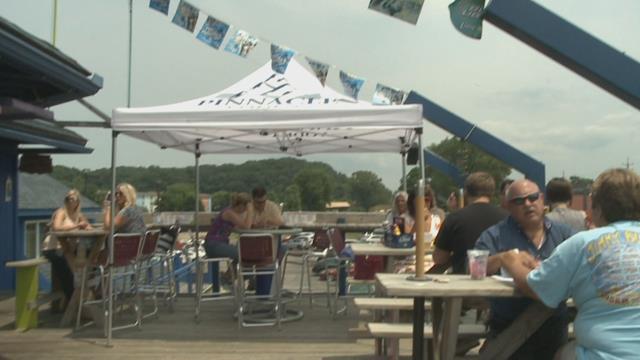 A popular 4th of July fireworks show will make its big return to Michigan City Saturday.

The city canceled last year’s show because of a financial crisis.

This year’s comeback show could have a major impact on the local economy.

“This is the place to be for fireworks," said Carol Bailey, the previous owner of Matey’s Restaurant.

It’s the day before Independence Day and residents are hopeful.

Matey’s Restaurant is already starting to see the rush.

"Mark and Bryan are going to be able to take advantage of that,” said Bailey.

After 23 years, Bailey handed over the keys to Mark Kehoskie and Bryan Konieczny and they’re looking forward to a successful first week.

“We’re certainly going to open every part of this bar up," said Kehoskie.

Their reopening is in line with a major return.

“There was a lot of buzz about ‘Why isn’t there a show this year?''" said Tom Crane, Owner of Michigan City Chrysler Dodge Jeep Ram Dealership.

Last year’s big show was canceled because of the city’s maxed out budget.

So Crane called the mayor and said he wouldn’t mind sponsoring it.

“I’m going to be outside all day,” said resident Ember Fortenberry.

And so can local businesses.

“The community and small businesses are going to merge together and everyone’s going to have fun and benefit,” said Kehoskie.