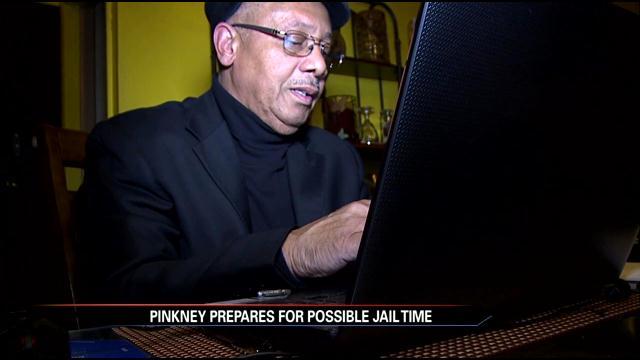 Edward Pinkney is scheduled for sentencing on Monday morning for multiple counts of election fraud. Pinkney spoke to ABC57 Friday about his future.

Pinkney maintains his innocence but knows he is likely going to jail on Monday.

In the past, Berrien County Prosecutor Mike Sepic has said election fraud usually has a maximum 5 year sentence, but because Pinkney is a habitual offender – the charges could carry a life maximum sentence.

“I'm not really concerned about Monday,” Pinkney said. "It is going to be what it is, I am not going to lose any sleep over it.”

On November 3, a jury found Pinkney guilty on five counts of election fraud. Since then, Pinkney has been doing some research.

“We saw the connection,” said Pinkney.

He says one of the jurors and Berrien County Clerk Sharon Tyler are Facebook friends.

“We knew right then and there that we had something, something big," said Pinkney.

During the trial, Tyler was one of the prosecution's key witnesses.

“We are going to ask that the verdict be thrown out because we feel right now that the jury was tainted,” Pinkney said.

He believes the juror should have made her friendship with a witness known during jury selection, even if it is just a social media friendship.

Pinkney said, “The juror was asked specifically if she knows Sharon Tyler, if she had any connection to Sharon Tyler, and she said nothing.”

We tried to contact the juror but the number listed on White Pages is disconnected.

Tyler said she did not even realize she and the juror were Facebook friends, she says she has thousands of friends on social media because of her role in the county and former role in the state.