Richard Grenell to be nominated as ambassador to Germany 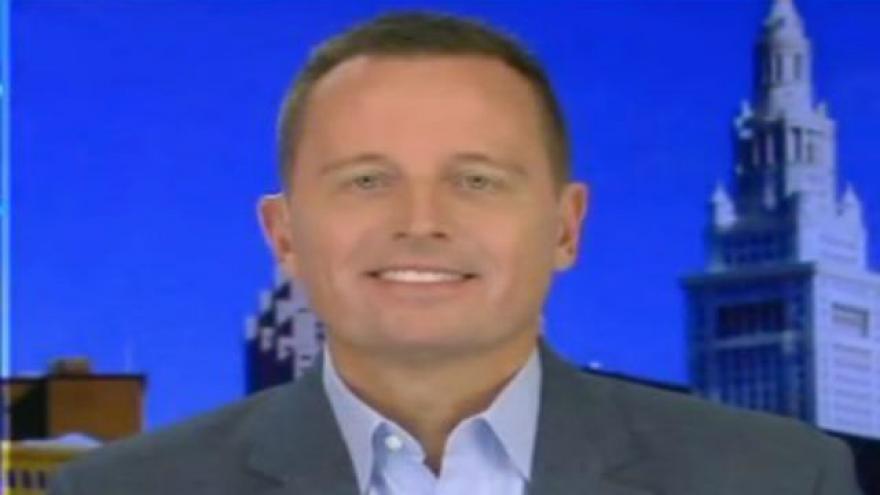 President Donald Trump plans to nominate one of his most adamant supporters, Richard Grenell, to be ambassador to Germany, the White House has announced. Photo courtesy Twitter

(CNN) -- President Donald Trump plans to nominate one of his most adamant supporters, Richard Grenell, to be ambassador to Germany, the White House has announced.

Grenell, a 50-year-old Michigan native, is a former spokesman for the US at the United Nations and was one of the President's earliest and most vocal foreign policy supporters, vociferously backing the real-estate magnate at a time when many in the Republican foreign policy establishment were publicly and staunchly opposed to his candidacy.

The White House's statement Friday on Grenell's nomination highlighted his history of pubic service, noting he is "the longest serving United States spokesman at the United Nations" and that "for nearly two decades, he has served as the primary communications adviser for public officials at the local, state, Federal, and international levels."

Grenell has been under consideration for the post at least since July. While a White House official said at the time that nothing had been formalized, Grenell that same week tweeted a photo of himself with Trump inside the Oval Office with the words, "Thank you, Mr. President."

"I think it's natural the President would want to put him in a position he considers important," the official told CNN, adding that nothing has been confirmed. "In the event this comes to be, it seems a very logical appointment."

Grenell, who has worked as a Fox News commentator, would come to the job in Germany with diplomatic experience, a dash of controversy and the personal distinction of being Trump's first openly gay ambassador nominee.

He gained notoriety for snarling attacks on Obama administration officials and a Twitter feed that he used to hurl darts at Democratic women and even Republican targets such as Newt Gingrich and his wife Callista, now nominated to be Trump's ambassador to the Vatican.