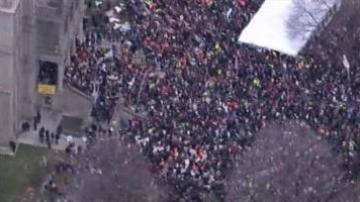 Despite the protests of thousands of union workers, the bill was approved Tuesday at the state's capitol.

This bill will allow financial support of unions to be optional.

Once the bill is signed, Michigan will be the 24th right-to-work state.

"I made the point to them to say if you go forward with this, you're going to create an environment involving labor issues that this could rise to the level where I might not be able to keep it off my agenda and unfortunately, that's what's happened," said Snyder.