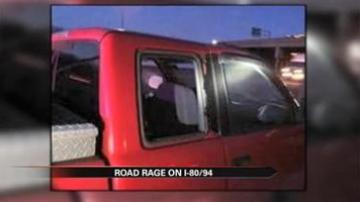 LAKE STATION, Ind. -- Indiana State Police are actively looking for a driver who they say started shooting on Interstate 80-94 in a case of road rage.

Police say just after 4 p.m. Wednesday near Chicago, the victim cut off the other driver.

The victim told police the suspect rolled down his window and the two exchanged words.

That quickly escalated into violence when the suspect pulled out a gun and shot into the victim's window.

"You do get a lot of road incidents on the interstate. But it's not common for it to get this far," said ISP Trooper Davonne Barlow.

The bullet went through victim's back but he is expected to be okay.

The victim described the suspect as a man in his 30 or 40s driving a pick-up truck.

So far police have not made an arrest.