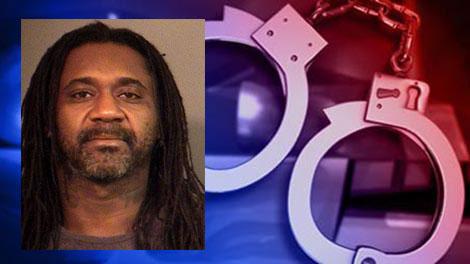 A man was arrested for an armed robbery in June after allegedly leaving his identification behind at the scene, according to the St. Joseph County Prosecutor's Office.

Gerald McKinney has been charged with one count of robbery.

The victim told police she went to the Phillips 66 at the corner of Falcon Street and Western Avenue to get snacks and cigarettes in the early morning hours of June 27, 2015.

While at the convenience store, she said a man entered the store and started to say unpleasant things to her.

She told police later she recognized him but didn't know his name.

She left the convenience store and went to her home in LaSalle Park.

She was outside her vehicle when a vehicle driven by a man later identified as McKinney pulled into the lot, according to reports.

McKinney approached her and tried to pat her down. She tried to push away, but he punched her in the head, grabbed her bag, ran to his vehicle and left, reports said.

Later in the morning, the victim called police because she located an ID card and Hoosier Works card on the ground where the altercation happened the night before. Both cards were in the name of Gerald McKinney.

The victim told police she was sure that was the man who robbed her, reports said.

She told police she grew up with McKinney's daughter and that's how she knew him.

McKinney was arrested on one count of robbery. Bond was set at $30,000.