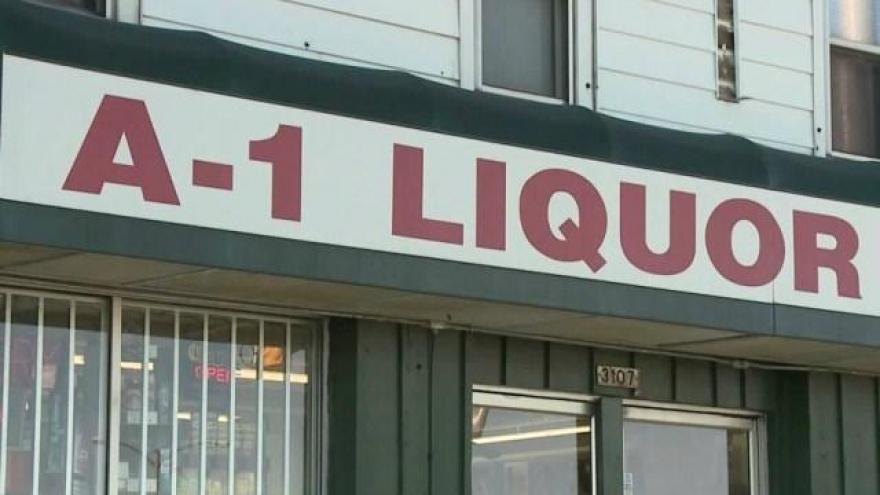 Milwaukee, WI -- An armed robbery suspect is arrested by Milwaukee Police after he returned to the scene just minutes after the crime!

Officers responded to the A-1 Liquor Store on 92nd Street near Oklahoma around 5:50 p.m. on January 3rd for a report of an armed robbery.

The surveillance video is terrifying.

The store's owner, a 62-year-old man, told officers a male suspect came into the store and fired at the victim before demanding money.

"I said 'I give you everything, but don`t show me the gun.' Keep it in your pocket," the owner said.

The owner tried to fend off the suspect with a bottle of whiskey.

"I say `you wanna take anything, you take it -- but don`t charge me. Why you charging?` And I`m backing up, backing up, and he close in again. Then he shot," the owner said.

The owner told FOX6 News he heard three shots fired. The suspect can clearly be seen in the surveillance video firing at least two shots.

On Wednesday, January 4th, a bullet hole was visible near the ceiling, and there was broken glass on the counter.

The owner said he's convinced the suspect is the same man who robbed his store on December 6th.

The suspect stole the money from the store and fled from the scene.

He may have thought he got away with the armed robbery -- but not for long.

As the suspect was running away, he dropped his cell phone. A few minutes later, when officers were on the scene, the suspect returned looking for his phone and the victim recognized him as matching the description of the robber.

"Police has phone in her hand and he called his phone from I don`t know where and asked about his phone. She pretends `yes I am a customer. I got the phone here. You come down and take it," the owner said.

The 25-year-old suspect was taken into custody and a gun was recovered from the car.

MPD will present this case to the Milwaukee County District Attorney's Office in the coming days for charges. Meanwhile, police said they're looking into the possibility this same suspect was responsible for the robbery on December 6th.

The store's owner told FOX6 News he's been robbed about a dozen times now. He said he's quit this life three or four times -- but just can't stay away. In retrospect, the owner said he wouldn't recommend bringing a whiskey bottle to a gunfight -- but said it was all he had.