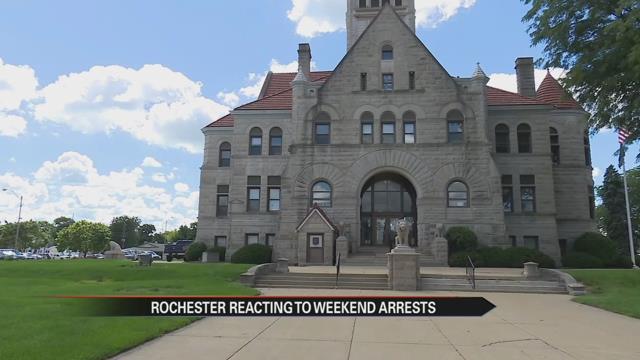 Fulton County is generally a quiet area, so when five Notre Dame football players were arrested late Friday nigh for possession of marijuana and a handgun without a license, the community was shocked.

Rochester resident Megan Simpson says "it seemed weird that that would happen, because it doesn't really happen to people around here."

Senior safety Max Redfield was dismissed from the team. Coach Brian Kelly has not specified what will happen with the other four players.  Peru resident Suzie Hubler visits Rochester frequently.  She says its a good thing they're being punished.  "You just can't like brush something like this under the carpet. You gotta do something," she adds.

But the legal consequences have yet to be decided, as the arrests are still under investigation.  The Indiana State Police has filed an official report with the Fulton County Prosecutor's Office. The prosecutor will then determine the official charges against the team members.

Hubler says "they've got to be willing to accept the consequences of their careless actions."

A court date has been set for August 30.