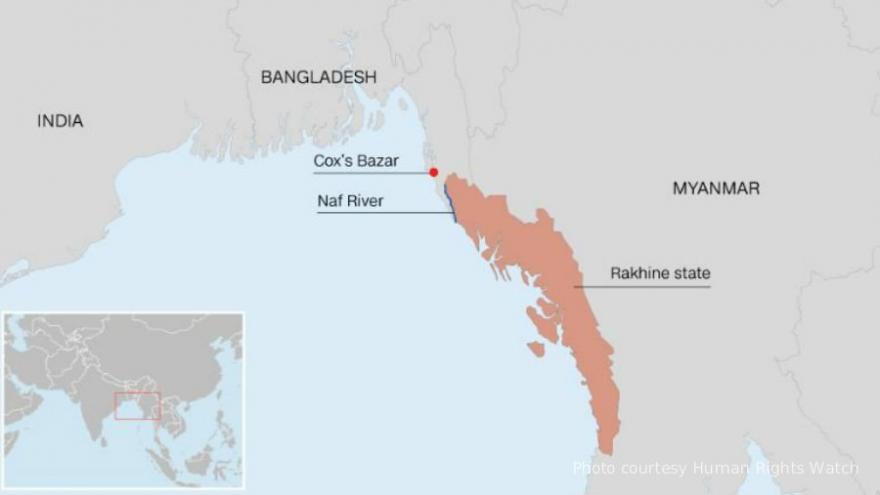 (CNN) -- Militants in Myanmar's Rakhine state have declared a temporary ceasefire starting Sunday after more than two weeks of violence.

The insurgent group Arakan Rohingya Salvation Army, or ARSA, issued a statement Saturday, saying "offensive military operations" would be paused for one month to give access to aid groups.

The statement called on the Myanmar government to do the same to address the "humanitarian crisis" unfolding in the state. The ceasefire is due to end October 9.

At least 290,000 ethnic Rohingyas have fled across the border to Bangladesh since fighting broke out on August 25, said Vivian Tan, from the UN refugee agency.

Yanghee Lee, the United Nations Special Rapporteur on Human Rights for Myanmar, said Friday that at least 1,000 people had been killed in the violence, though she said that figure is "very likely an underestimate."

"Figures are difficult to verify because of lack of access to the affected areas," she said.

Rohingya Muslims are considered to be among the world's most persecuted people.

The predominantly Buddhist Myanmar considers them Bangladeshi but Bangladesh says they're Burmese. As a result, they're effectively stateless.

In response, the military intensified "clearance operations" against "terrorists," driving thousands of people from their homes.

The US Department of State said Saturday it is "very concerned" about the violence unfolding in the region, but stopped short of criticizing the country's government or its de facto leader, Nobel laureate Aung San Suu Kyi.

The State Department is working with international partners, including the Office of the United Nations' refugee agency, the International Committee of the Red Cross and the International Organization for Migration, to provide emergency assistance for the displaced, the statement said.

As the humanitarian crisis escalated, Archbishop Emeritus Desmond Tutu wrote to his fellow Nobel laureate Suu Kyi, begging her to stop the violence.

"I am ... breaking my vow of silence on public affairs out of profound sadness about the plight of the Muslim minority in your country, the Rohingya," he wrote in an open letter, posted on his official Twitter Thursday.

Suu Kyi, the de facto ruler of Myanmar as state counselor, has repeatedly come under criticism for her lack of action to help the Rohingya, a stark contrast to her previous image as a champion of human rights.

Suu Kyi has repeatedly denied accusations of human rights abuses against the Rohingya, and in April denied to the BBC that ethnic cleansing was taking place.

Some observers point out that the Rohingya issue is so heated in Myanmar that Suu Kyi would lose her popularity, and eventually possibly her position, if she backed the ethnic minority.

Who are the Rohingya?

The Rohingya are a Muslim ethnic-minority group that has lived as a people in Myanmar for centuries.

Today, more than a million of them live in the country, most in the western coastal state of Rakhine, where they make up around a third of the population. They speak their own language, which isn't recognized by the state.

There are regular clashes between the Rohingya and the country's security forces, as well as other ethnic groups in Rakhine, which are predominantly Buddhist. Rohingya militant groups are often involved in the clashes.