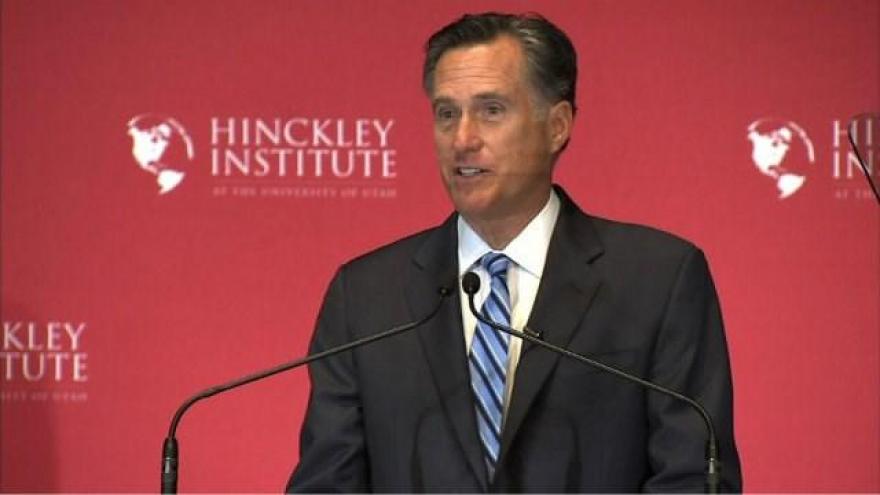 Betsy DeVos was tapped to lead the Department of Education in Trump's administration in November, but has been considered a controversial choice by the education community.

But Romney -- formerly one of Trump's toughest critics who was later considered to be his secretary of state -- pushed back against her opposition and voiced support for her effort to "challenge the conventional wisdom and the status quo."

"The interests opposing DeVos's nomination charge that charter schools in Michigan -- and particularly in Detroit -- haven't lived up to their promise," Romney said.

Romney -- who received DeVos' endorsement during his 2012 presidential run -- noted he has known the Michigan Republican for "many years," but said she will do whatever is in the best interest of the nation's children because, "as a highly successful businesswoman, DeVos doesn't need the job now, nor will she be looking for an education job later."

A firm supporter of charter schools and school voucher programs, DeVos leads the organization American Federation for Children. DeVos has also been outspoken since the nomination to clarify her position against Common Core, despite being associated with several groups that back the program.

"I am truly excited that someone of Betsy DeVos's capability, dedication and absence of financial bias is willing to take an honest and open look at our schools," Romney writes.