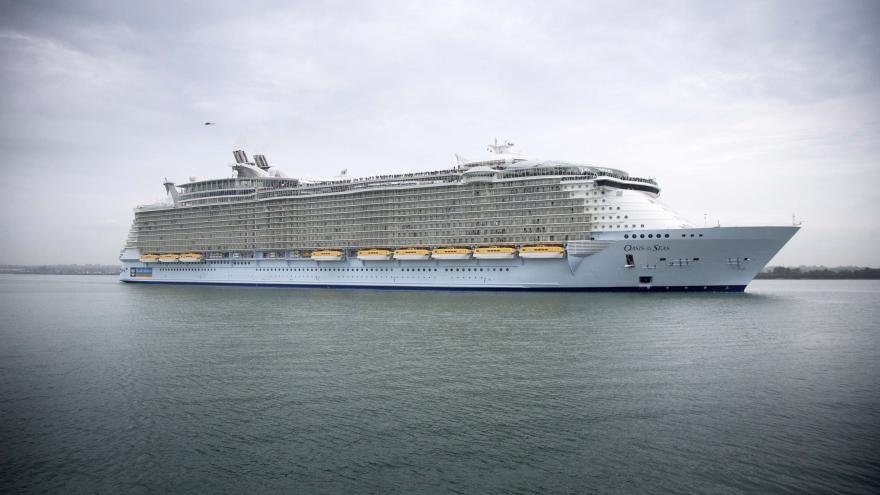 (CNN) -- Two-hundred-seventy-seven passengers and crew members aboard the Royal Caribbean's Oasis of the Seas cruise ship became sick with a gastrointestinal illness, according to the cruise line.

Because of the illness, the ship will return to Port Canaveral, Florida, on Saturday, a day earlier than expected.

"All of the ship's guests will receive full refunds of their cruise fare paid," said Owen Torres, spokesperson for Royal Caribbean. "We think the right thing to do is to get everyone home early rather than have guests worry about their health."

The cruise embarked on a seven-night journey on Sunday. It's itinerary showed stops in Haiti, Jamaica and Mexico.

Cody Haddap, a cruise passenger, spoke to CNN affiliate WESH on Wednesday and said he became sick after the ship left Haiti on Tuesday.

"We left port there around 4 yesterday, started getting sick last night around 10. We've been pretty much confined to our rooms."

He shared a letter he received Wednesday to his cabin from the cruise line:

"During this sailing, there has been a small percentage of guests onboard who have experienced gastrointestinal illness, thought to be norovirus."

Officials with Royal Caribbean said they are waiting for lab results to determine if the illness is norovirus, the most common cause of acute gastroenteritis in the United States.

In 2018, there were 11 outbreaks of gastrointestinal illnesses on cruise ships and five were determined to be norovirus. Royal Caribbean's last outbreak was in 2017 on the Independence of the Seas, according to the Centers for Disease Control and Prevention.

Haddap said when they arrived to Jamaica the next day, no one was allowed to leave the ship.

The Oasis of the Seas is one of newest ships in the Royal Caribbean fleet and holds more than 8,000 people; about 3% of people aboard the ship fell ill.

Another passenger, Brenda Torres, talked to CNN affiliate WESH, and said she had seen an increase in staff sanitizing common areas.

"From our balcony, we can see the rock climbing wall," she said, "and after every user, they are actually hand cleaning every single knob on the hand climbing wall."

Royal Caribbean plans on fully sanitizing the ship in time for the next sailing.

"Our guests sail with us to have great vacations, and we are sorry this cruise fell short," Torres said.