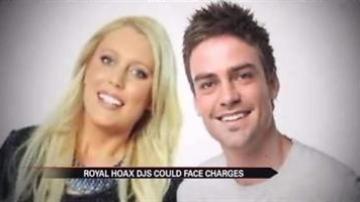 The two Australian DJs whose radio prank took a tragic turn may soon have to face Australian police.

Sunday, there are new questions about whether the DJs broke the law and illegally recorded a private conversation.

They pretended to be the Queen and Prince Charles and got through to the London Hospital room where Kate Middleton was being treated.

Their station boss said they didn't do anything illegal but they're seeking the help of counselors after the nurse they fooled was found dead.

All of the criticism has forced the two DJs into hiding.