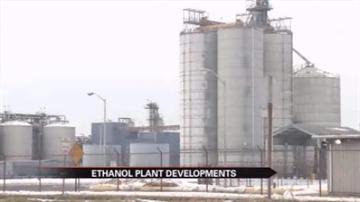 SOUTH BEND, Ind. -- A temporary pump has been running at the ethanol plant for nearly two weeks.  Homeowners say they are relieved, but are eager for a permanent fix.

Less than a month ago, the Taylor Family's basement was lined with fans and pumps. They were working around the clock to keep water and mildew from taking over the basement.

Kevin Taylor says the flooding stopped when the city turned on one of the pumps at the ethanol plant.

"It's scary that only one pump is going. We are worried, if this situation drags out, are we going to continue to keep that pump going or are we going to end up flooding again after we spend time cleaning up everything?" expressed Taylor.

It is costing the city thousands of dollars to keep the pump running, and Rum Village residents are worried that this quick fix won't last.

The city says the goal is to get the plant back up and running again. If that happened it would be a long-term solution to the flooding problems and bring back jobs to South Bend.

In the meantime, those living on Calvert Street are trying to get their basements back to the way they used to be.

"We are hoping and praying everyday that something good comes out of it."

New Energy president Russ Abarr told ABC57 he cannot confirm whether or not liquidators are in talks with companies that may buy the plant and reopen it.