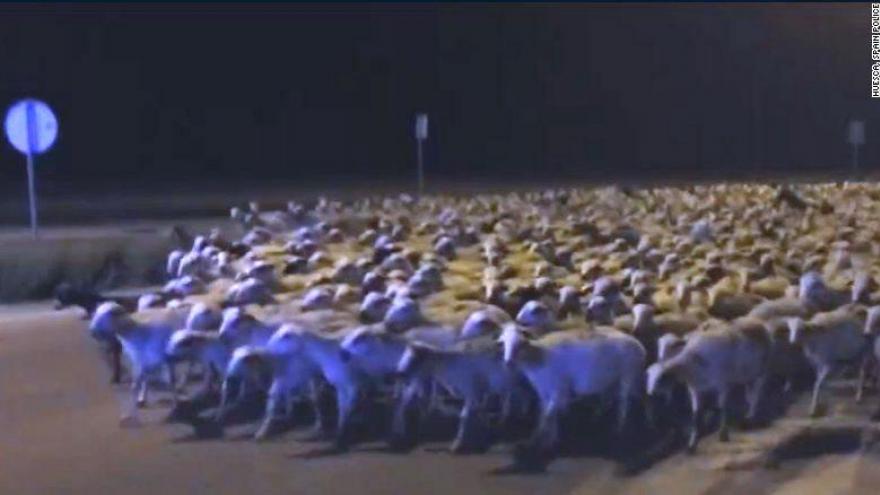 (CNN) -- Sheep are like bad teenagers. They sneak out in the middle of the night, and then you have to call the cops to go find them and bring them home.

That's pretty much what happened earlier this week, when a 1,300-strong flock in Huesca, Spain snuck right past its shepherd and took a hike, presumably leaving him feeling a little sheepish.

It all started a little before 4.30 a.m. Tuesday, when police received calls from a number of locals that hundreds of sheep were making their way through the city.

A video uploaded on the Huesca police's Facebook page shows the sheep determinedly strutting forward, as a police car pulls up flashing its lights.

The police and the shepherd managed to round up all the sheep, who apparently weren't engaged in a random bid for freedom. They were scheduled for a more orderly move to the Pyrenees mountains, to take place a few hours later when traffic could be halted and they could be escorted by police.

But the flock -- since it takes that path every year with its shepherd -- already knew the way and probably wanted to prove it was independent enough to do it themselves.