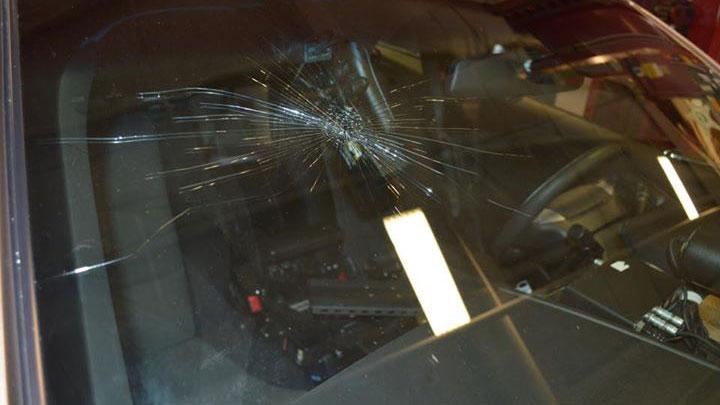 A 15-year-old runaway was arrested after allegedly causing damage to a LaPorte County Sheriff's deputy's patrol car and injuring the deputy.

The sheriff's office says Deputy James Lear was investigating a complaint about a juvenile runaway near the area of CR400 N and US421 when he encountered a juvenile female who had fled from North Chicago, Illinois.

The deputy took her into custody for minor in possession of alcohol because she had alcohol with her, according to reports.

While transporting her to the LaPorte County Juvenile Services Center, the deputy says she slipped out of a handcuff and began fighting with him.

She allegedly bit the deputy several times while he was trying to get her under control.

She also allegedly broke the windshield, knocked the computer off the stand and damaged the in-car camera system by kicking them.

Because of her violent behavior, the girl was taken to the emergency room at St. Anthony's Hospital for evaluation.

Once she was cleared by the medical staff, the juvenile was transported to the Juvenile Services Center without further incident.

The juvenile faces charges of minor in possession of alcohol, a class c misdemeanor, battery to a police officer, a level 5 felony and criminal mischief, a level 6 felony.

Deputy Lear was treated in the emergency room for bites and scratches he received and has since returned to work.

Damage to the squad at was estimated at $500.00 with most of the repairs being completed by sheriff's office mechanics.

La Porte County Sheriff John Boyd related that this is another example of the dangers faced by deputies.

"Most police officers would never expect this level of resistance or physical abuse from a 15-year-old. We a thankful that Deputy Lear's injuries are minor and he was able to return to duty," said Sheriff Boyd.