Russia: 'We're not returning our territory' Crimea to Ukraine 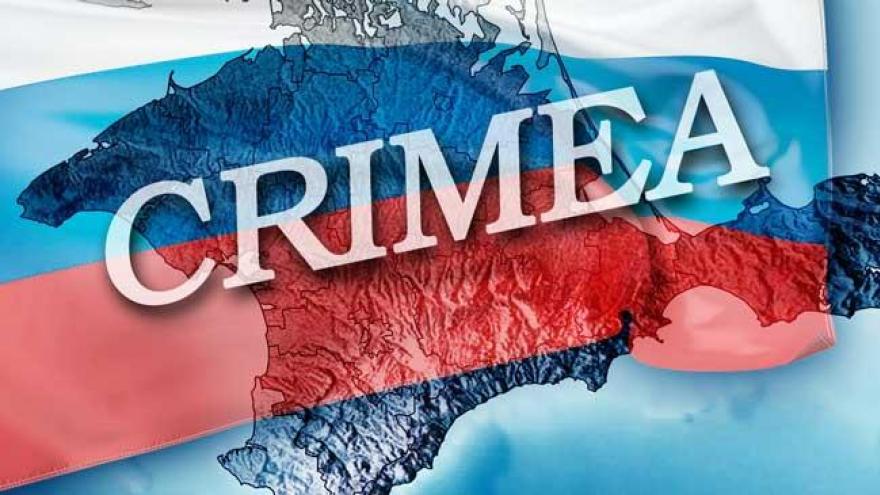 (CNN) -- Russia's Foreign Ministry has indicated that it intends to keep Crimea and not return it to Ukraine because it considers it to be part of Russia.

White House Press Secretary Sean Spicer said Tuesday that Trump had been taking a tough line with Russia and that he expected Moscow to withdraw from the region, which it occupied following a "full-scale invasion" in 2014.

Spicer pointed to UN Ambassador Nikki Haley's recent remarks on Russia's actions in east Ukraine and occupation of Crimea, adding that Trump "expects the Russian government to de-escalate violence in the Ukraine and return Crimea."

The Ministry's declaration comes as it emerged that high-level advisers close to then-presidential nominee Donald Trump were in constant communication during the campaign with Russians known to US intelligence, multiple current and former intelligence, law enforcement and administration officials tell CNN.

Trump's former national security adviser Michael Flynn was forced to step down Monday after it emerged that he had discussed policy with the Russian ambassador to the US prior to his appointment. He subsequently admitted he had "inadvertently briefed the Vice President-elect and others with incomplete information."

Russia's statement also came as Foreign Minister Sergey Lavrov prepares to meet his American counterpart, Secretary of State Rex Tillerson, on the sidelines of the G20 meetings in Germany this Thursday.

The Bonn summit will be Tillerson's inaugural international trip as the United States' top diplomat. He'll be joined in Bonn by Lavrov, Chinese Foreign Minister Wang Yi and representatives from the world's other major economies.

President Trump had previously buoyed the Kremlin's claim on Crimea. In July, on the campaign trail Trump had said that the Ukraine crisis was "more of a Europe problem," and that the United States should only step in on Crimea if European countries ask for help. He has also criticized NATO -- traditionally the West's bulwark against Russian aggression -- for being outdated.

In July, Trump said Russian President Vladimir Putin won't make a military move into Ukraine -- even though Putin already has done just that by seizing the peninsula.

In the weeks before and after his inauguration, Trump's refusal to condemn Russian hacking during the election and his attacks on the intelligence community for investigating those hacks raised questions about his ties to Moscow.

Since assuming office the Trump administration has taken a much harder line on the occupation of the western part of Ukraine, a member of NATO.

Haley, the US ambassador to the United Nations, offered a strong condemnation of Russia in her first appearance at the UN Security Council on February 2. She called on Moscow to de-escalate violence in eastern Ukraine and said US sanctions against Moscow would remain in place until it withdraws from Crimea.

"The United States continues to condemn and call for an immediate end to the Russian occupation of Crimea," Haley said.

"Crimea is a part of Ukraine. Our Crimea-related sanctions will remain in place until Russia returns control over the peninsula to Ukraine."