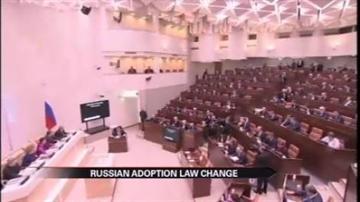 Americans looking to adopt from Russia have until 2014 to get their cases approved.

The Russian law banning adoption by U.S. families was supposed to take effect at the beginning of this month but a termination clause in the agreement extends one year from when the agreement ended.

Americans adopted about a thousand russian children in 2012.