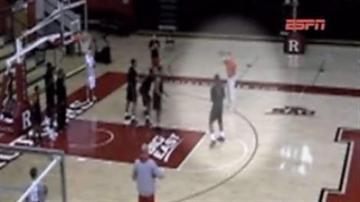 NEWARK, N.J. -- A Big East basketball coach is now out of a job after a controversial video was released

ESPN aired the video Tuesday and within 24 hours he was fired.

"There's no explanation for what's on the film there's no excuse. I was wrong and I want to tell everyone who has believed in me that I'm deeply sorry for the pain and hardship that I've caused them," said Rice.

The Rutgers athletic director admitted that he saw the video in November.

The athletic director now says that punishment was a mistake.