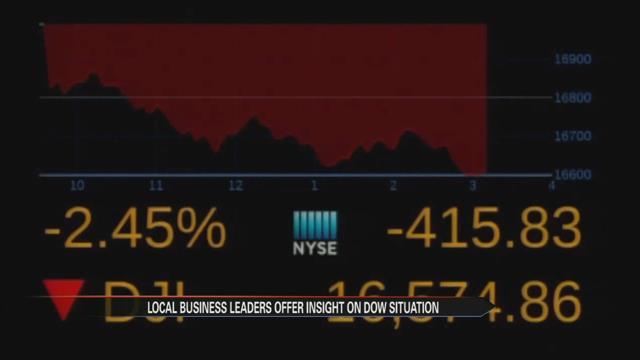 On Monday, the country faced an extreme drop in the stock market and Michiana’s biggest industry reacted to the dramatic day.

When the stock market dropped by 1,000 points Monday morning as a businessman Fore says he was not too concerned.

Fore adds with the way the global economy is playing out there may be an upside to this, at least for his industry.

“I wouldn’t think there would be any major moves immediately because the market has been relatively positive,” says Fore.

Fore has been in the RV industry for close to 50 years and says a few days of stock volatility doesn’t scare the industry.

On Monday morning the Dow Jones shed one thousand points.

Doctor Peter Aghimien a professor at IUSB explains how ups and downs in the market are normal.

"Don’t panic the market will self correct over the long term you should benefit,” says Aghimien.

By midday Monday the Dow Jones began to climb a bit.

Aghimien continues to explain that the current panic in the stock market is partly due to China devaluing its currency just last week.

"With China being the second largest economy in the world if their economy slows down it will affect the rest of the world," says Aghimien.

Fore says with the U.S. dollar being stronger it could have positive effects on those in the RV industry that buy from China.

"With the Chinese dollar currency devaluation I think we should start to see some positives on our part on our part, on the buy side,” says Fore.

Fore says with the way the RV industry sets prices sometime in the near future RV consumers could see some price decreases.

In comparison to the last dramatic drop in stock prices in 2008; Fore says that was a longer downward trend and there were other factors at play.