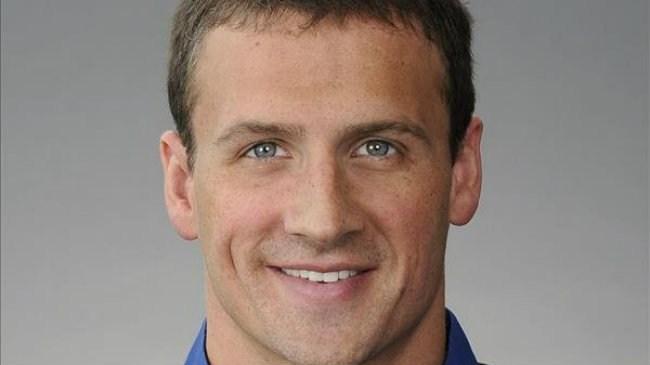 (CNN) -- US swimmer Ryan Lochte will be suspended from his sport for 10 months and won't be allowed to participate in the 2017 world championship meet as a result of his role in a scandal in Rio de Janeiro during the Olympics, a person with knowledge of the situation told a CNN contributor.

Three other swimmers involved in the episode at a Rio gas station -- Gunnar Bentz, Jack Conger and James Feigen -- also face suspensions but not as long as Lochte's, the person told CNN contributor Christine Brennan on Wednesday. The source spoke on the condition of anonymity because the decision has not been announced publicly.

A joint announcement on the suspensions by the US Olympic Committee and USA Swimming, the national governing body for the sport, is expected Thursday, this person said.

On Wednesday, the USOC told CNN it had nothing to report. USA Swimming did not respond to CNN's request for comment.

What happened at that gas station, and Lochte's "exaggerated" description of it later to newscasters, created an international hubbub and an embarrassment for Olympic officials.

Lochte, 32, initially said he and three other swimmers were the victims of a dramatic robbery when returning by taxi from a late-night party. The 12-time Olympic medalist later backtracked when a police investigation found security guards stopped the swimmers at the gas station after they committed an act of vandalism and paid about $50 in damages.

Bentz, Conger and Feigen have since publicly shared their version of the events with stories that differ from Lochte's original tale and essentially match surveillance video released by Brazilian police.

Early on August 14, the group stopped a Rio gas station to use the bathroom and, finding the door locked, urinated behind the building, during which time Lochte reputedly tore down a framed poster from the building's wall.

Brazilian authorities have charged Lochte with falsely reporting a crime, which could bring a fine or up to six months in jail. When his court hearing comes up, Lochte can opt to send an attorney on his behalf and does not need to appear in court in Rio.

The police investigation began after Lochte had returned to the United States. The three other swimmers were blocked from leaving Brazil and one, Feigen, faced a Brazilian judge for his statements to police regarding what happened at the gas station.

He agreed to pay $10,800 to a charity to settle the case. Brazilian authorities brought no charges against Bentz or Conger.

Lochte has since taken responsibility publicly, saying the international Olympic scandal was his fault and caused by his "immature behavior."

"I over-exaggerated that story, and if I had never done that, we wouldn't be in this mess," he told NBC's Matt Lauer.

Lauer asked Lochte about using the word "victims" in an earlier interview while police have said the swimmers were vandals.

"It's how you want to make it look like," Lochte responded. "Whether you call it a robbery or whether you call it extortion or us paying just for the damages, we don't know. All we know is there was a gun pointed in our direction and we were demanded to give money."

Long course is the term for a 50-meter pool, the length used in the Olympics. Lochte also has competed in short-course world championships, in 25-meter pools; the next one beyond his reported suspension is in 2018.

The swimmer's sponsorship deals took a hit after the uproar in Brazil, with Speedo, Polo Ralph Lauren, Gentle Hair Removal and mattress maker Airweave all saying they would be cutting ties with Lochte.

However, he has gained new sponsorships from Pine Bros. cough drops and Robocopp, a crime prevention device maker.

"Just as Pine Bros. is forgiving to your throat, the company asks (the) public for a little forgiveness for an American swimming legend," the company said in a statement.

Lochte also scored a slot on Season 23 of ABC's "Dancing With the Stars."