Ryder Cup: US takes command on day two at Hazeltine 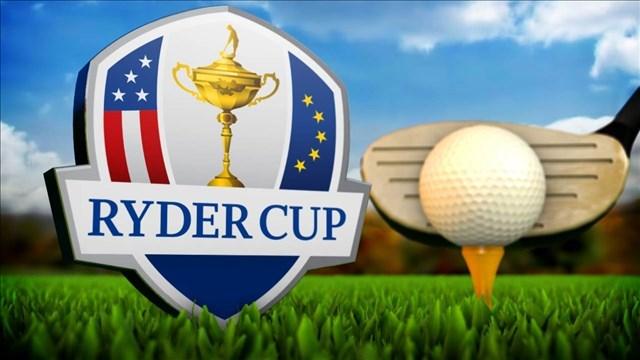 (CNN) -- US Ryder Cup captain Davis Love III must have been fearing a collapse of Medinah-esque proportions as a 4-0 advantage held early Friday dissolved into 6½ - 6½ tie as dusk began to settle at Hazeltine Saturday.

Love, after all, was the man who oversaw a dramatic US collapse on the fateful Illinois golf course in 2012 as Europe overcame a four point deficit to claim a remarkable final day victory.

Yet just when it looked like the Europeans were slipping into gear Saturday, led from the front by a chest-pumping Rory McIlroy and rookie Thomas Pieters, the Americans stepped on the pedal to once again move into a commanding lead to the delight of a boisterous home crowd.

Wins in the final three fourballs of day two means the US will head into Sunday's singles leading 9½ - 6½ as they seek to win the biannual golf event for the first time since 2008 and for only the fifth time in the last 31 years.

"After that 4-0start we might have thought a little ahead of the game," Love told broadcaster Sky Sports. "But we're in good position. "

"We always get criticized that we don't bond as a team and we don't have enough passion ... but this time we have taken it personally.

"We have to be focused for one more day," he added.

Europe had moved to within a single point after a strong morning in the foursome matches.

And matters were soon leveled when McIlroy and Pieters comfortably saw off the challenge of Brooks Koepka and Dustin Johnson as the afternoon session edged towards its conclusion.

But the gauntlet was picked up by Patrick Reed, who challenged McIlroy in the chest-pounding stakes, and Jordan Spieth as they saw of the dangerous European fourball pairing of Justin Rose and Henrik Stenson 2&1.

Veteran pairing Phil Mickelson and Matt Kuchar beat Martin Kaymer and Sergio Garcia by the same scoreline while JB Holmes and Ryan Moore edged out Lee Westwood and Danny Willett on the last.

Some within the European set-up felt the excitable US crowd was becoming too involved in the spectacle.

Reports suggested McIlroy had requested one particularly unruly spectator be removed while vice-captain Ian Poulter tweeted that the US players were "embarrassed" by the behavior of their fans.

Yet that was not something immediately addressed by European captain, Darren Clarke.

"Obviously (we're) disappointed with this afternoon's result," Clarke told Sky Sports. "We hung in there this morning and got back close again and then we had a few chances today to get something but the American guys played very well."

"We're going to have to work hard now tomorrow. It's been done before from a worse position but we have a big task ahead of us. The guys are capable of doing it."

It was, of course, "done before" four years ago at Medinah Country Club where Clarke was one of Jose Maria Olazabal's vice-captains.

But if Europe is to turn things around Sunday, it will have to do so with four players who have yet to contribute a point or even a half point at Hazeltine.

Europe had started day two with hopes of continuing the momentum that had belatedly built up on Friday afternoon to reduce the early deficit to a far more respectable 5-3.

And it was first on the board with McIlroy and Pieters seeing off Phil Mickelson and Rickie Fowler 4&2 to cut the deficit to a solitary point.

The US regained its two point advantage soon after as Brandt Snedeker and Brooks Koepka got the better of Henrik Stenson and Matt Fitzpatrick 3&2, but that differential didn't last long.

Justin Rose and Chris Wood held off a late charge from Zach Johnson and Jimmy Walker to notch another point before a remarkable comeback from Sergio Garcia and Rafael Cabrera-Bello ensured their match with Jordan Spieth and Patrick Reed ended all square.

The US pair were four up after 12 holes but the Spanish duo engineered an unlikely turnaround to get the scores back to all square after 18 and leave the teams finely poised 6½ - 5½.

The US may still have held the lead as the fourballs began but it certainly felt like the big mo was with Team Europe.

Within a few hours that had firmly switched back to the US.