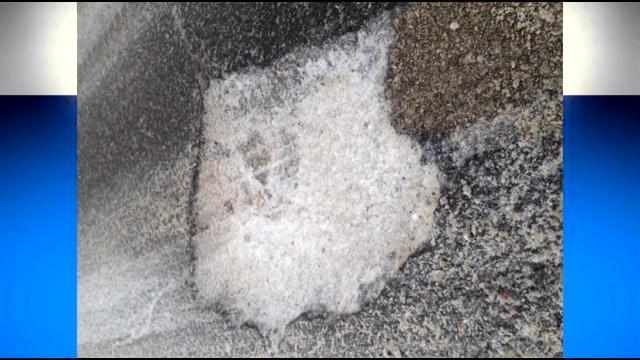 The Governor in Michigan wants to raise the sales tax from 6-percent to 7-percent to generate $1.2 billion a year to fix crumbling roads and bridges.

On Paw Paw Avenue in Benton Harbor there are some large pot holes that taxpayers pointed out.

John Glassman said, "Yep there are potholes all over! I'm fixing flats and dings and missing hubs all the time!”

Glassman lives in Eau Claire and crews have started throwing gravel down on roads instead of re-paving them.

Glassman said, “The roads and the bridges in Berrien County are terrible! I think the person that designed them should be paroled never! haha! they're bad. They're in need of repair!”

The Federal Highway Administration also posted a list of several bridges in Berrien County that are in "serious condition."

Glassman said, “Yea I'd rather have the 1-percent added to the sales tax and not let um mess with the gas tax!”

But other residents in Michigan don't want a tax increase.

Rob Hindale said, "No! because I  think we've probably paid to fix our roads over and over for decades and the money has not gone to the roads. And they've spent it on other things!”

Hindale suggested that the state of Michigan legalize marijuana, and use the tax from pot to fix the potholes.

There's even a movement on Twitter called "Pot for Potholes."

Hindale said, “It's being sold every day anyhow. And I don't think it's any worse than alcohol.”

The proposal for a 1-percent increase in sales tax will be on the May ballot for voters in Michigan.