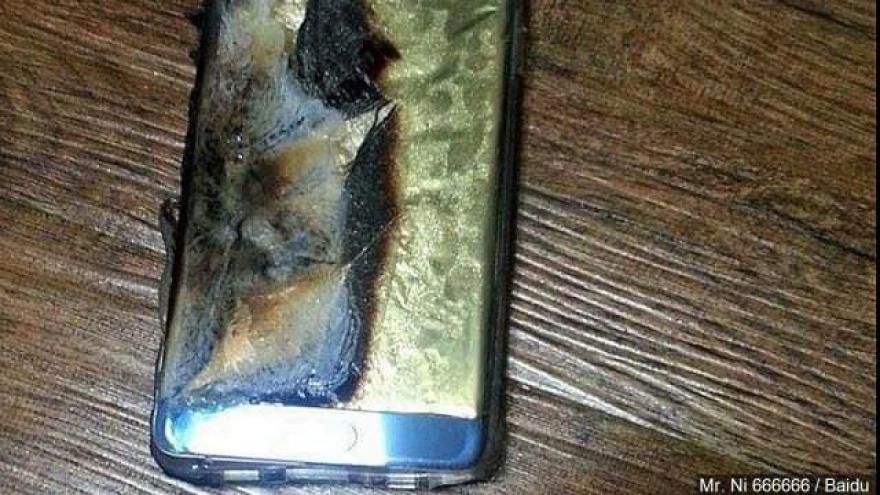 HONG KONG (CNNMoney) -- Samsung is blaming poorly designed and manufactured batteries for the overheating problems that caused some its Galaxy Note 7 phones to catch fire.

"Our investigation, as well as the investigations completed by three independent industry organizations, concluded that batteries were found to be the cause of the Note 7 incidents," the world's largest smartphone maker said Monday.

The results of the months-long investigation are Samsung's second attempt at explaining what went wrong with the flagship phone. The first time around, Samsung blamed the problem on one of its battery suppliers, but its response failed to stop the reports of fires.

On Monday, Samsung and the independent investigators said the problems were found in batteries from two different suppliers -- the ones that started catching fire right after the phone's launch in August and also those used as replacements.

Samsung said it was "taking responsibility for our failure to ultimately identify and verify the issues arising out of battery design and manufacturing process prior to the launch of the Note 7."

The fiasco over the phone wiped out billions of dollar of profit and tarnished Samsung's brand around the world.

Problems with the Note 7 emerged immediately after its launch in August, with several reports of phones catching fire. Airlines and aviation authorities started warning passengers not to use or charge the devices on planes.

Samsung stumbled in its early response to the crisis, issuing a massive worldwide recall and offering replacements that it said were safe. But then reports started coming in that the replacement phones were catching fire, too.

The company finally killed off the troubled device altogether in early October.