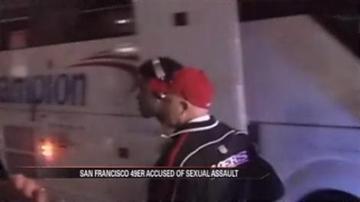 As we inch closer to Superbowl Sunday, one potential player in the big game is in trouble with the law.

Police say it happened at a hotel in San Francisco and now their special victim's unit is handling the case.

The 49ers head to Atlanta Sunday to face the Falcons.