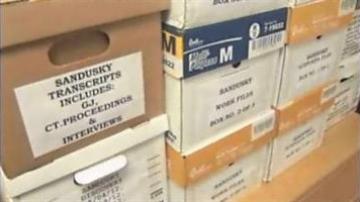 He was recently sentenced to at least 30 years in prison. The former Penn State assistant football coach was convicted on 45 counts of sexual assault.

Now it goes to appeals primarily based on the short seven months given to prepare for trial.

His lawyers said more evidence about the victims has come in after the conviction and there are other appeal issues, including court testimony when two police officers on the stand contradicted each other.

"The last time I checked that's called perjury and nobody has spoken about that," said Joe Amendola, Sandusky's attorney.  "If this had been a simple regular case, even a serious regular case, once you establish that the officers have lied, not only lied about coaching witnesses, but lied on the stand about what they'd said earlier."

Sandusky's lawyers said they're willing to take it all the way to federal court.