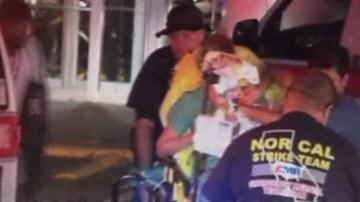 NEW YORK – In New York, power went out at a hospital and the back-up generator failed.

About 200 patients had to be moved.

As Sandy brought heavy rain and strong winds to the city Monday night, New York’s Mayor Michael Bloomberg said the city was assured that back-up power systems at the hospital had been tested, but apparently it failed.

The patients were safely taken to other area hospitals.