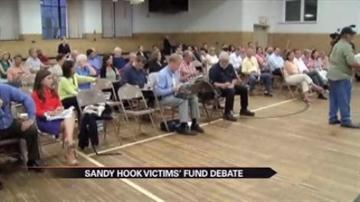 Of the more than $11-million raised, just $7.7 million will go to the victims' families and that is not sitting well with everyone.

Some people are questioning how committee members came up with those numbers and whether that is the fairest way. Others want all of the money to go to the victims.

What fund committee members want to stress is that the plan released Thursday night is just a draft and could change before is finalized next week.