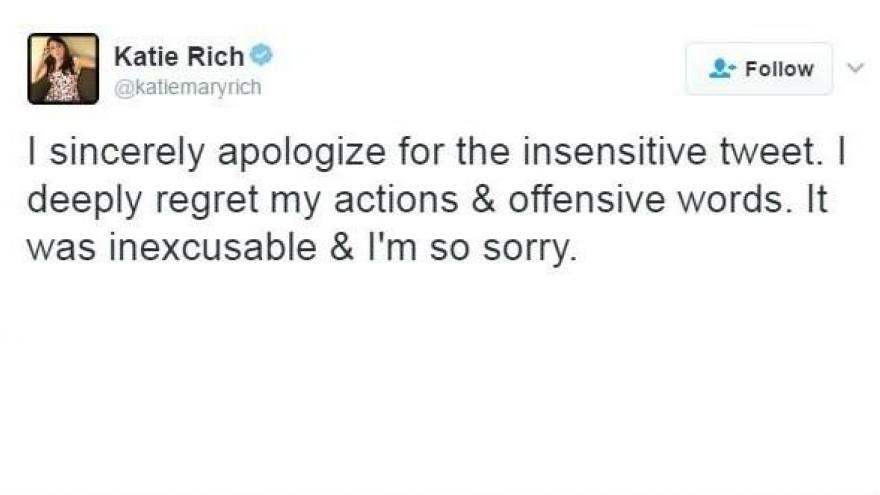 NEW YORK (CNNMoney) -- A writer for "Saturday Night Live" has been suspended for a tweet that ridiculed Barron Trump, the youngest son of President Donald Trump.

The "SNL" writer, Katie Rich, has been suspended indefinitely, according to a person familiar with the situation.

NBC, which airs "SNL," had no comment on the suspension.

During Trump's inauguration on Friday, Rich sent out a tweet that mocked Barron Trump, who is 10 years old. The tweet was widely criticized by many on social media. One of those critical of people mocking Barron Trump, though not necessarily this specific tweet, was former First Daughter Chelsea Clinton, who tweeted, "Barron Trump deserves the chance every child does-to be a kid."

"I sincerely apologize for the insensitive tweet," Rich tweeted. "I deeply regret my actions & offensive words. It was inexcusable & I'm so sorry."

President Trump has been on the attack against "SNL" throughout the season in large part thanks to the show's unflattering depiction of him via Alec Baldwin. He has called the show "unwatchable," "not funny," and "biased."

Baldwin will be hosting the February 11 episode of "SNL," NBC announced on Monday.