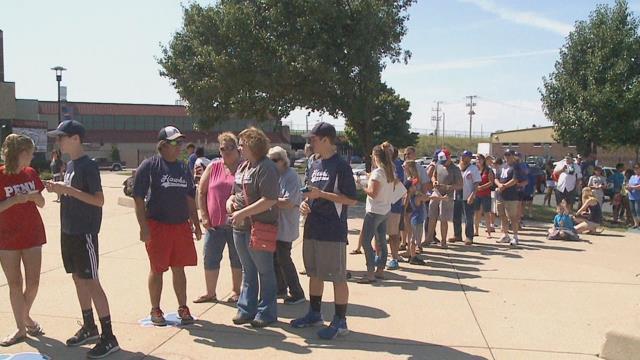 On Monday afternoon, fans flocked to Four Winds Field to be a part of history.

It’s the third year in a row that the South Bend Cubs have broken the attendance record.

It took the last regular season game of the year to do it but the Cubs broke the old record, and then some, setting the stage for a new attendance record in 2017.

Cubs owner Andrew Berlin says there is still a lot to look forward to with the playoffs around the corner.

“This may be the last game of the season, the attendance record, but the playoffs now so there’s more baseball to come, and I think this team has what it takes to win the championship as well,” said Berlin.

The Cubs will hit the road on Wednesday for the start of the playoffs against West Michigan before heading right back to Four Winds Field on Thursday for Game 2 in a best of three series.