S.B. School Board President reacts to King's decision to back out 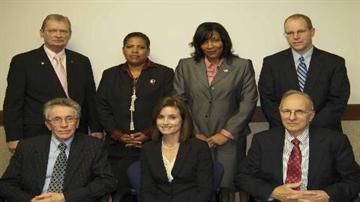 SOUTH BEND, Ind. - Just a day after the three top finalists were announced for the top job at the South Bend School Corp. Dr. Eric King backs out.

"He said it was for personal reasons but I'm sure that the kind of information that came out in the community as a result of reporters and other citizens being involved, I'm sure that convinced him to withdraw," Roger Parent, President of the S.B. School Board said.

The news broke Thursday that King was caught up in a scandal in his last post as the superintendent of the Muncie School District. A student claimed they were raped by another student and that the rape was not immediately reported by King to the authorities.

"We as board members didn't have the full picture," Parent admitted.

Parent credits reporters and citizens in the community for uncovering information about King's past, "We put him as a finalist when probably we wouldn't have done that had we had the full picture."

Parent said that his office was notified Friday morning by Randy Nelson, McPherson and Jacobson informing him that King had withdrawn his application from further consideration, citing personal reasons.

The list of finalists is now down to two, current interim Superintendent Carole Schmidt and Assistant Superintendent for Valparaiso Community Schools, Robert Haworth.

Schmidt and Haworth will go through a series of interviews by focus groups Wednesday and Thursday.

Stay with ABC 57 News as we continue to follow the road to the next  South Bend Superintendent.