SB150: The rise and fall of Studebaker 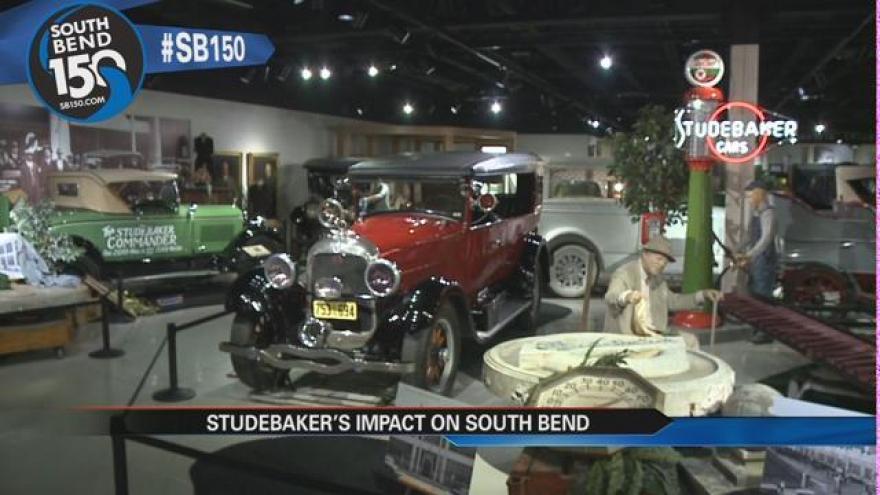 SOUTH BEND, Ind. - South Bend's Studebaker was once the world's largest manufacturer of wagons and buggies.

“It's really next to impossible to tell the story about South Bend without mentioning the Studebaker name,” said Studebaker National Museum Archivist Andrew Beckman.

Two brothers with a talent for building wagons settled in South Bend and set up shop on the corner of Michigan and Jefferson streets.

Within the next several years, sales of Studebaker models took off.

In 1902, the Studebaker Brothers introduced their first automobile.

“As they got into the automobile era, styling became Studebaker's calling card. They were known for building some of the most advanced designs in the industry. And really just building a good, solid, honest automobile,” explained Beckman.

The company employed as many as 26,000 people during the 1940's, including women and minorities.

Sales of Studebaker automobiles peaked in 1950 with 400,000 cars and trucks sold.

But what followed was devastation.

“Studebaker fell into hard times in the 1950's. There's really no one smoking gun but what it really came down to is the company just could not compete any longer in the automobile industry,” Beckman said.

Over the next decade the Studebaker struggle continued.

In 1962, the company released the sporty Avanti, in an unsuccessful attempt to regain sales.

Beckman said, “Unfortunately by the early 1960's Studebaker decided to get out of the automobile industry and close the plant in December of 63.”

The closing had a devastating effect on South Bend.

But over time the city recovered, with the impact of the Studebaker Brother Manufacturing Company forever ingrained in the city's history.

“The family, the company, had so much involvement, influence over South Bend's growth and development as a city. Today we might think, hey they're not building cars anymore but this is part of our cultural fabric, our heritage, our history. It's who we are, it's why we are. We used to build great things here. And that's part of our past and it's also part of our future,” said Beckman.

During the early years of operation the Studebaker Brothers even built carriages for Presidents Grant, Harrison, Lincoln, and McKinley.

The Studebaker National Museum is home to that collection.