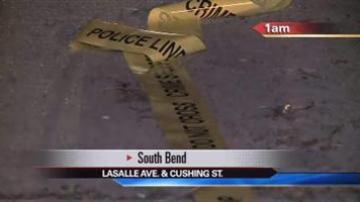 Police found the lab at around 6:30 Sunday evening at a home a near the intersection of LaSalle Avenue and Cushing Street in South Bend.

At least one person was taken into custody.

A neighbor tells ABC57 that they saw about 10 to 20 cars outside the home on a daily basis. The neighbor also says that four people were inside of the home at the time.