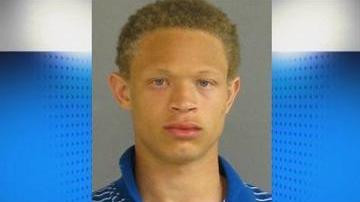 SOUTH BEND, Ind. -- South Bend police have arrested a St. Joseph County man who they think is responsible for a string of armed robberies!

19-year-old Corey Damon Fair, Jr. is accused of seven counts of Robbery, a Class B Felony.

The armed robberies happened between April 6th and 11th at the following locations:

South Bend police said that they were able to connect Fair to at least one incident of Armed Robbery that happened at the Pizza Hut Express on Lincolnway West in Mishawaka. ABC57 News will be contacting the Mishawaka police for further information.

Police also said that Fair had a woman working with him in the robberies and are working to identify her.

Fair is currently being held in the St. Joseph County Jail.

These cases are still under investigation. Anyone with information about the robberies or suspects are asked to call the South Bend Police Department at (574) 235-9263 or CrimeStoppers at (574) 288-STOP.