Scattered storms and a milder midweek. 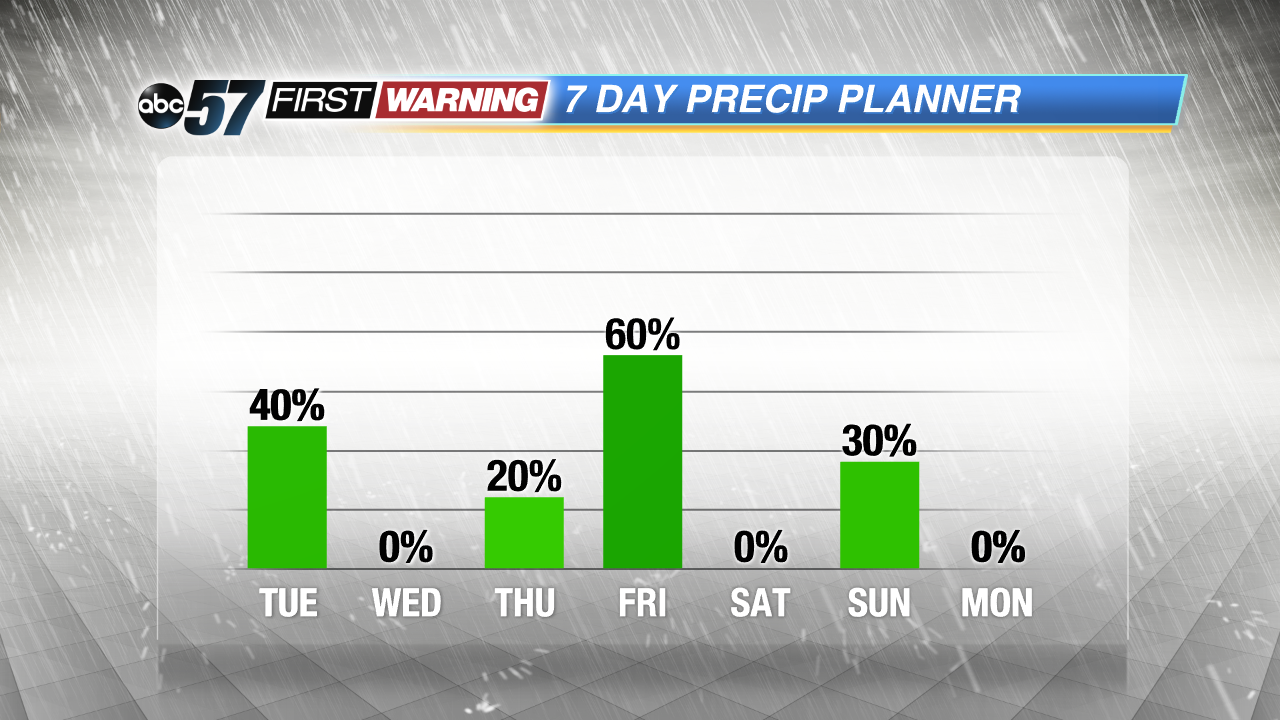 Friday will be the best chance of widespread showers and storms this week. 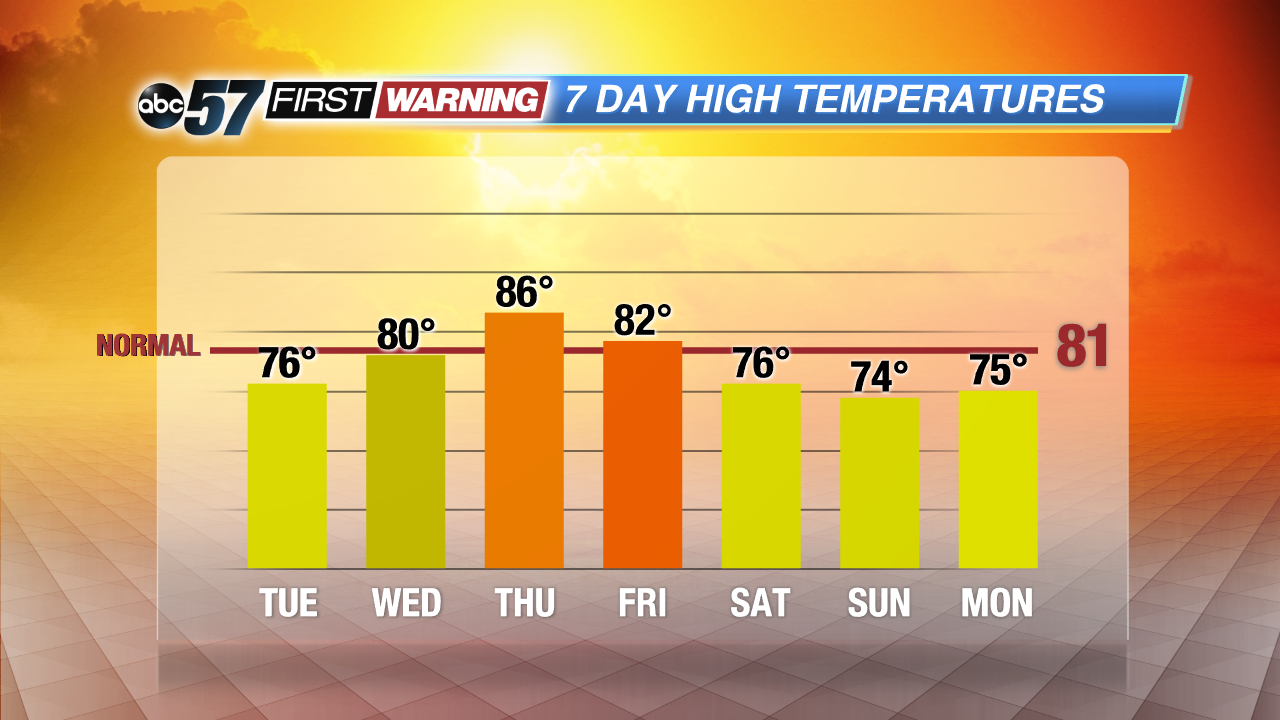 Temperatures rise to end the week, but most of the next 7 days are mild for June.

Milder weather lasts through midweek with lows in the 50s and highs mostly in the 70s. A chance of showers and storms still lingers through Tuesday evening. Wednesday and most of Thursday looks dry as the heat and humidity builds again to end the week. Friday looks to be the best shot and widespread storms and significant rainfall. The pattern turns mild again through next week and the end of June. 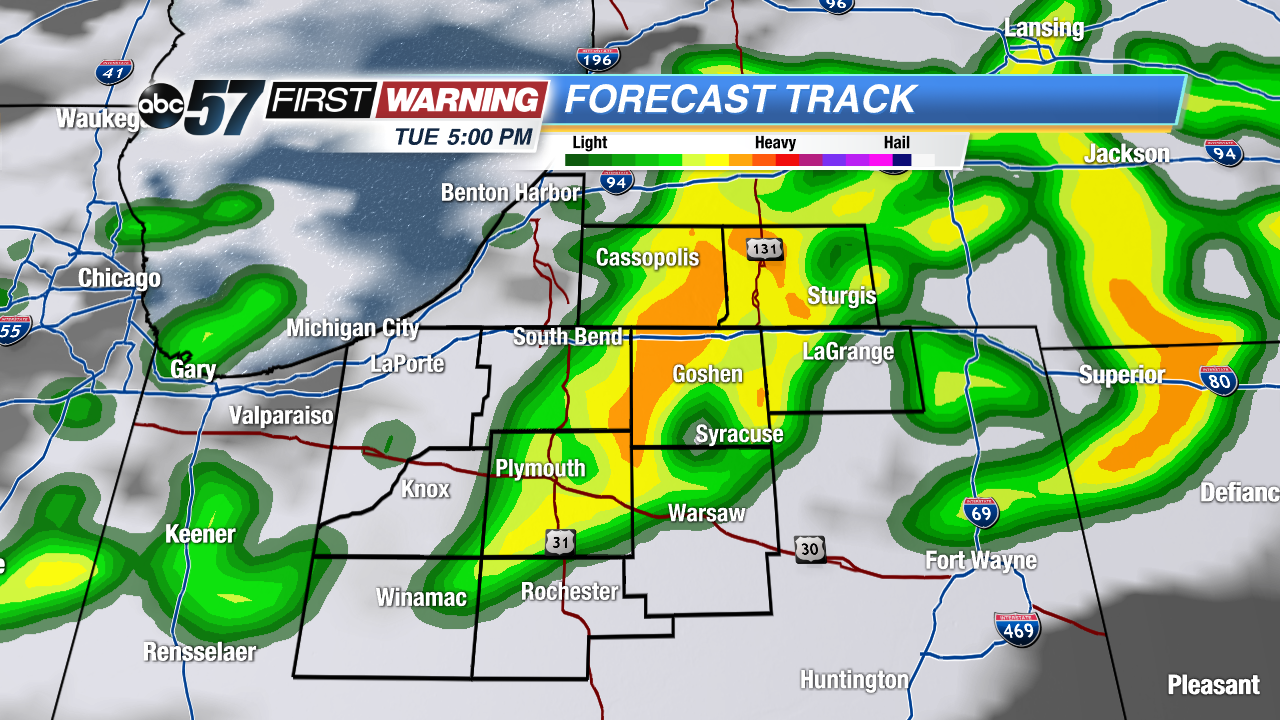