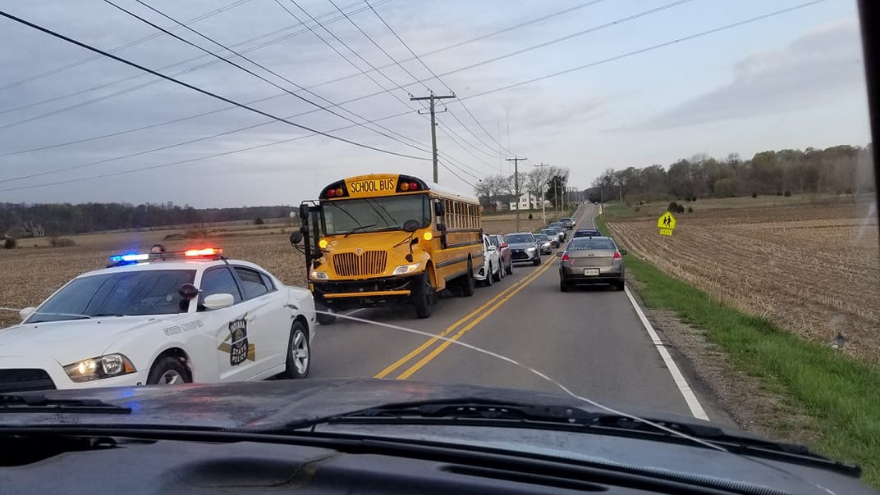 ST. JOSEPH COUNTY, Ind.—A Penn Harris Madison school bus was involved in a crash on Kern Road on Thursday morning, according to police.

There were no children on the PHM school bus at the time of the crash as they had just been dropped off.

According to Penn Harris Madison Schools, Bus #78 was on Kern Road just west of SR-331 when it was rear-ended by another vehicle.