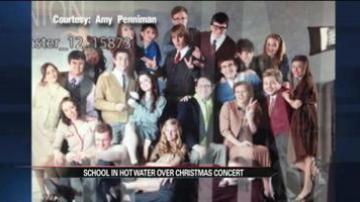 WAUSAU, Wis. -- A Wisconsin high school is in the national spotlight because of a controversy over Christmas songs.

The superintendent says she is just trying to follow the law and parents are chiming in.

"A public school advancing Christmas caroling, which is specifically associated with Christmas which is a religious holiday, could be interpreted as endorsing a religion," said Superintendent Kathleen Williams.

District leaders say they are hoping the issue gets resolved at a board meeting later this week that is open to the community.