Scientists find the first fossilized dinosaur brain - but what took so long? 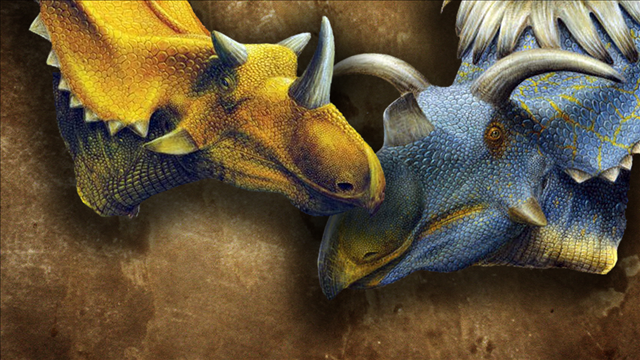 (CNN) -- A little over 130 million years ago, a plant-eating dinosaur was roaming the present-day area of Sussex, England, when -- trapped by the muds of a thick swamp -- it fell backward to his death and was forgotten.

Its brain -- almost dismissed as another shiny brown pebble along the British coastline -- has just been officially identified as the first preserved dinosaur brain in history.

Dr. David Norman, a British palaeontologist from the University of Cambridge's Department of Earth, is part of the team of international researchers who analyzed the fossil found in 2004 by amateur fossil hunter Jamie Hiscocks in Surrey, England.

For Norman, trying to understand how the dinosaur, known to science as Bexhill iguanodontian, died was key to understanding how the brain was preserved.

"Of course, dinosaurs have brains. But this discovery is amazing, in itself,because of the rarity of preserving soft-tissue in terrain animals because they decay so quickly," he told CNN.

"In a way it is like recreating a forensic scene. How could the brain have been preserved? You have a dead boy and you have to explain how it got there," he said.

The researcher believes the fossil, which shows similarities to the brains of present-day crocodiles and birds, was preserved due to the dinosaur dying in a swamp-like environment which mixed low levels of oxygen -- known to slow decay -- and acidity which can preserve soft tissue for long periods.

The size of the brain

While the fossilized brain fits in a closed hand, its size is also raising attention as it is considered large for the herbivorous dinosaur that it belongs to.

The size most likely comes from the way the species died.

"The fossil we have almost seems as it belonged to a mammal. However we have to remember that when the brain collapsed -- as the dinosaur died -- and the membranes were likely squashed, under gravity, which has led to the denser volume," Norman said.

Norman still remembers being excited when his late co-researcher, Professor Martin Brasier of the University of Oxford, first showed him the fossil in 2006.

"It was Martin, who first noticed the fossil's shiny surface. When I saw it, and I noticed the surface also showed wrinkles in its fabric similar to membranes, I got excited. We both did. Proving the fossil was from a dinosaur's brain was a long, but rewarding, process," he said.

According to the palaeontologist, it is easy to dismiss shiny membranes in fossils as material that needs to be cleaned out.

"But now researchers can go back and look at other fossils and pay closer attention to any shiny features. While these might normally be dismissed as dirt, and something to remove, they might be preserved soft tissue."