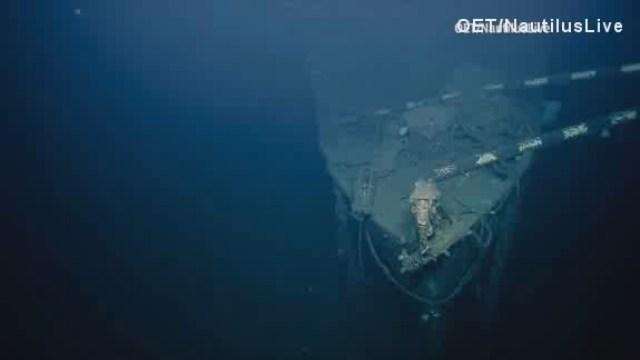 SAN FRANCISCO (CNN) -- At its peak in World War II, the USS Independence sank a Japanese battleship during the fight for the Philippines.

But after the war, the fearsome US aircraft carrier was heavily damaged during atomic tests at Bikini Atoll in the South Pacific. By 1951, it was scuttled about 30 miles from San Francisco.

No one had laid eyes on the warship for 65 years -- until this week.

Scientists led by Robert Ballard, the deep-sea explorer known for his discoveries of the Titanic and the German battleship Bismarck, surveyed the USS Independence this week, using remotely operated vehicles. The Ocean Exploration Trust has made the expedition available on live stream.

The effort to rediscover the USS Independence is a partnership with Ballard, the Ocean Exploration Trust and the National Oceanic and Atmospheric Administration.

The team's monthlong exploration of the California coast aboard the exploration vessel Nautilus has been eventful.

It made headlines this month after discovering a cartoonish, googly-eyed stubby squid.

Researchers also are mapping and documenting other shipwrecks, including the freighter Dorothy Windermote, which also sunk off San Francisco.

Studded with all sorts of marine life, the aircraft carrier still has at least one Grumman Hellcat plane and anti-aircraft weaponry left on its deck.

Researchers will photograph and measure technical details of the sunken ship. They'll also assess how marine life has turned the ship into their artificial home.