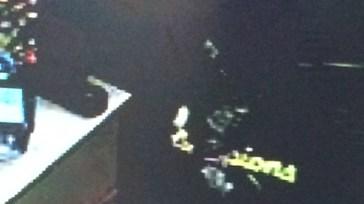 Goshen Police are searching for a suspect after an armed robbery at a West Pike Street Walgreens Monday night.

Witnesses told police, a male wearing dark or black clothing with a dark bandana entered the store, pointed at the cash register with what appeared to be a gun and demanded money.

Officers were in the area and were on scene within minutes of the 911 call.

There were no injuries in the incident.

Police are asking for the public's help in identifying the suspect in the robbery.

Below is the full press release:

On 11/18/2014 officers were dispatched to 429 W. Pike St., Walgreens, in reference to an armed robbery. Witnesses stated that a light-skinned male subject wearing entirely dark or black clothing and with a dark bandana covering his nose and mouth, entered the store, pointed at the cash register with what appeared to be a small handgun, and demanded that that the cashier give the subject cash from the register.  The suspect fled the store prior to officers' arrival.  On and off duty Officers were in the area and on scene within minutes of the call being dispatched from the 9-1-1 center.  There were no injuries reported as a result of this incident.  The store was briefly closed to the public while officers spoke with store employees and witnesses.