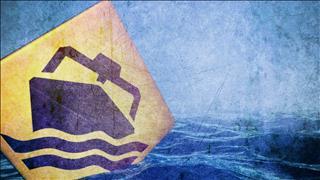 The search for a man who jumped from a freighter in Lake Michigan has been suspended.

Crew members witnessed the man climb over the rail and jump from the Stewart J. Cort, a 989-foot U.S.-flagged freighter owned by the Interlake Steamship Company.

The team on the vessel then began a systematic search for the man.

Due to conditions at the time and the impending weather forecast, the decision was made not to use the vessel’s small workboat.

Coast Guard officials utilized a 45-foot response boat and Dolphin Helicopters to assist in the total of 11 searches.

The search covered a range of 76 square miles but the man was not found.

His name has not been released.