Search warrant leads to seizure of drugs, guns and ammo in Three Rivers 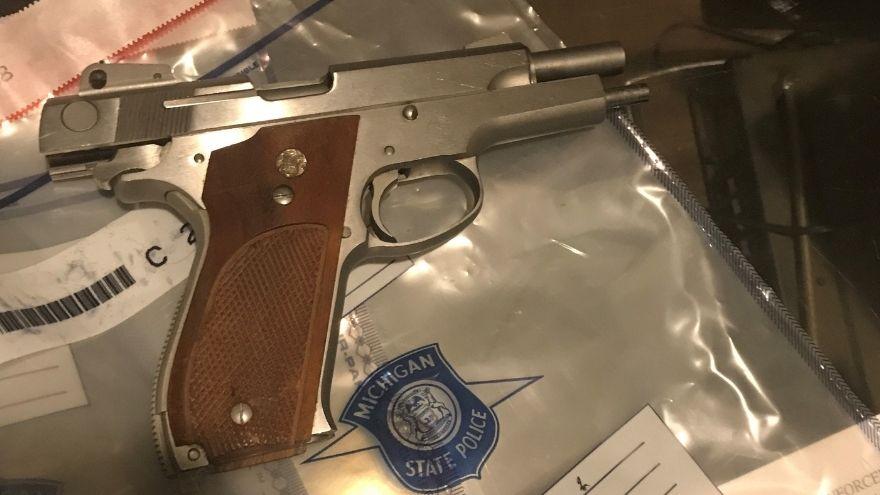 THREE RIVERS, Mich.—Police in Three Rivers executed a search warrant on Thursday that resulted in the seizure of methamphetamine, a firearm and ammo, according to Michigan State Police.

The warrant was served after an investigation in drug sales in the area.

Police from multiple departments executed the warrant in the 300 block of Middle Street in Three Rivers on December 10.

Eight people were found at the property and one man was arrested on multiple outstanding warrants. He was taken to the St. Joseph County Jail.

Officials did not release any of the suspects’ identities.

A 9mm handgun, over an ounce of methamphetamine, heroin and over one hundred rounds of ammunition were found during a search of the property, police said.

The investigation was conducted by the Southwest Enforcement Team (SWET) along with officers with the St. Joseph County Sheriff's Office, Three Rivers Police Department, a White Pigeon Police K-9 and Michigan State Police.